Every year prior to the holidays, the Utah Valley Home Builders Association’s members rally with the spirit of giving and pool their resources to organize a SubContractors for Santa event. They reach out to the community and find families who might need a little help getting their homes up to code or repairs they might not be able to afford to do.

This year was no exception. “We were able to help over 30 families this year,” said Steve Caldwell, Chief Executive officer of the UVHBA. “We are just so pleased to see this tradition of helping others span close to 20 years.”

Several of the members rallied to tackle both small and large repairs this year. Included in the efforts were students from both BYU and UVU studying construction management. They each took a home and handled the work.

One of two larger projects worth noting this year included a home in Elberta. This family’s home didn’t have heat; Jeremey King with Builder’s First Source noticed they were placing blankets in the corner where they gathered around a space heater for warmth. Matt Gunderson with CSA Heating and Air quickly jumped in and arranged for propane to be delivered. He did not want to miss the one day a week it is delivered to Elberta. Next, Gunderson arranged for a crew of four to five men to install a new furnace in the home.

The UVHBA also received word about a family whose father had been paralyzed from the waist down due to some seizures. They were living in a small home with only one bathroom that wasn’t equipped for a wheelchair. “It was quite inconvenient for them,” explained Ben Isom from Highland Custom Homes. “They had to hire someone to come help him shower three times a week since the area was so small and the doorway didn’t allow for a wheelchair.”

“We were able to utilize part of an area of the family room to put in a new handicapped-accessible bathroom, including a large shower with grab bars, with an opening wide enough for a wheelchair,” Isom said.

“It was humbling to see how appreciative they were,” admitted Isom. “We normally don’t take on jobs this large but looking at the situation and how humble they were we said, ‘Yeah, let’s do this.’”

Some of the local businesses who aided in this project included: Highland Custom Homes, DCD Plumbing, Any and All Electric, JS Drywall, National Flooring Brokers and Mountainland Supply Company.

“Projects like this SubContractor for Santa as well as our several scholarships we award annually are what defines our HBA,” Caldwell explained. “These are pretty neat traditions that show our members do this out of the kindness of their hearts.” 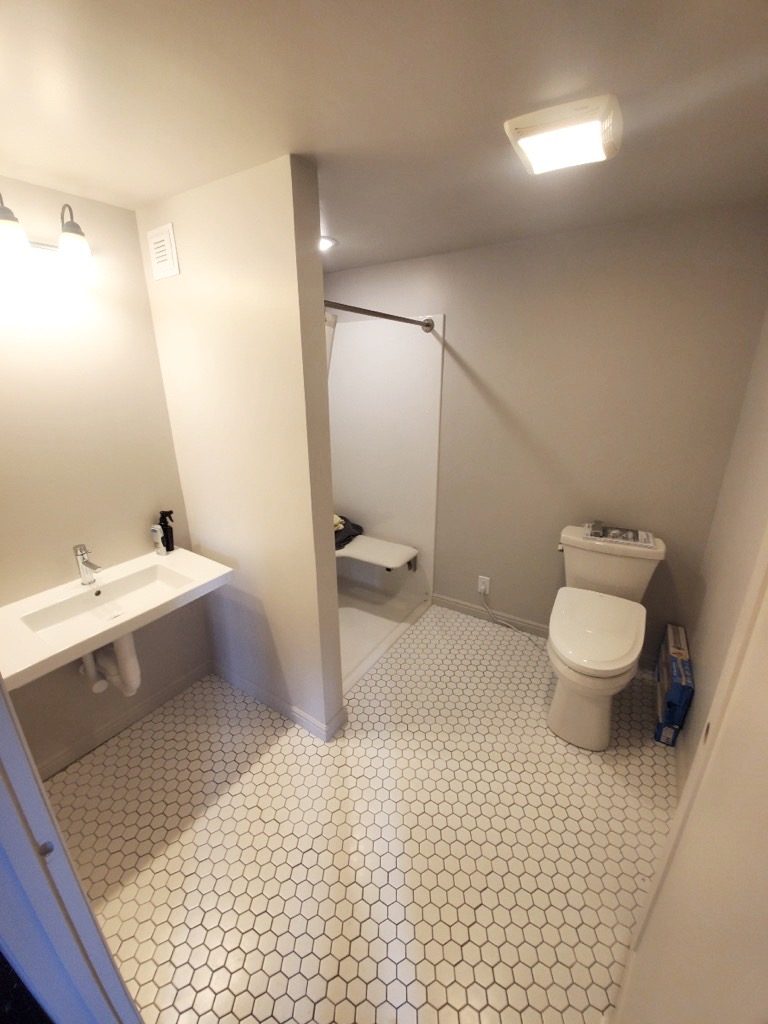 Thanks to the many hands involved, the father of the home now has a bathroom that is wheelchair accessible.