Over two dozen students were presented awards from the Utah Valley Home Builders at a recent banquet. Tom Holmoe, athletic director of Brigham Young University, aided in awarding these scholarships.

Annually, the UVHBA awards a number of scholarships to help those pursuing higher education. At the banquet, the association proudly announced the closing of Cougar House 10. The proceeds from the sale of this home will add to the already $1.5 million in an endowed scholarship fund geared to the BYU Athletic students.

Three students addressed a crowded room of UVHBA members thanking them for the doors that have opened for them because they were awarded one of these scholarships. Brian Matthews, a decathlete and finance major, expressed his gratitude stating it was nice to have the financial backing so he can focus on his sports and career. Matthews finished 11thin the nation last year in the decathlon. He has also accepted a job offer in Las Vegas where he will work upon graduation.

Holmoe praised those in attendance for contributing to the ongoing success of the UVHBA and their involvement in the future of our students.

“You are really doing something special,”he told the members. “This community is a great place because of you.”He expressed admiration in this organization and how it gives back. “In this world, more people take than give, but in this room, more people give than take.”

The Utah Valley Home Builders Association has also established an endowed scholarship program for Utah Valley University. In addition to scholarships, each fall, the UVHBA also coordinates a SubContractor for Santa. Through this event, members offer their services, supplies and labor in an effort to make repairs for the elderly, disabled, single-parent mothers and other homeowners who need a helping hand.

To learn more about the UVHBA and the many more programs it offers, please visit www.uvhba.com. 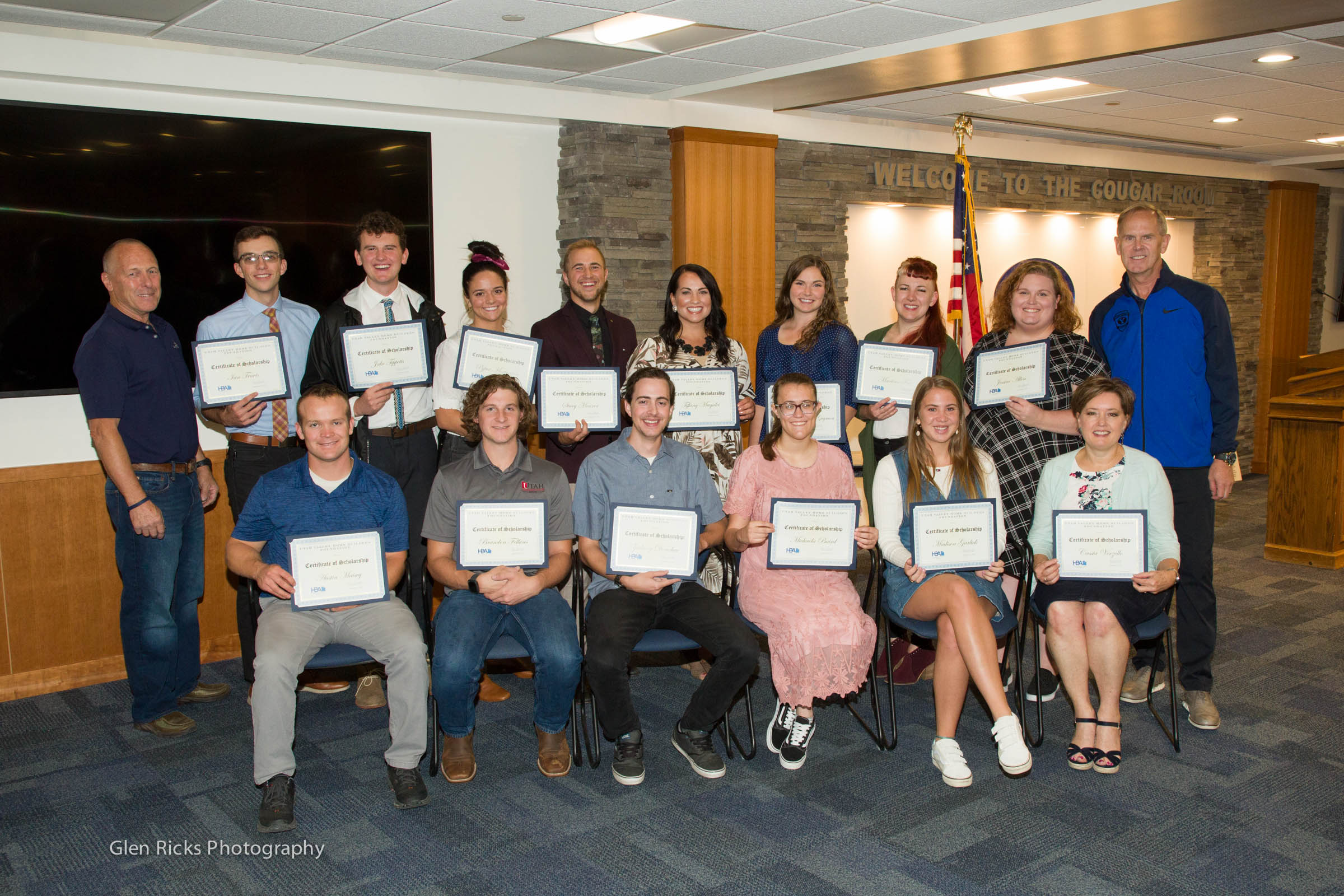